The exhibition showcases more than thirty pieces of the Indian architect’s notable works, including personal and public housing, community projects, educational institution, urban planning and furniture design. Represented in multiple scales, these architecture projects aim to construct a philosophical retrospection of Doshi’s practice spanning 62 years, hoping to inspire young Chinese architects about the possibility of the application of modernist architecture in China, and at the same time, invite the audience to experience architecture as the celebration of habitat.

Three fundamental issues – the relationship of mind and architecture, the relevance of architecture to society, and the rapidly changing social context since the early 1950s - form Balkrishna Doshi’s career-long journey of questioning, pondering, and wondering. He believes that architecture is not what one calls a passive space, form or structure, but rather, an extension of our body as well as a part of us. Therefore, architecture is about people, about the food they eat, the life they live, the people they meet and the world in which they live -it is an understanding of culture, aesthetics, climate and space. And that’s why architecture must seek to foster a sense of pleasure. Only buildings that are in rapport with life are worth celebrating, otherwise, they cannot even be deemed as architecture.

Based on this very architectural idea, body and experience become two important dimensions for the exhibition. The entrance to the exhibition space is the entrance to his home, the Kamala House built in 1961, and symbolically visitors enter his world, with an invitation to use their body as a physical scale. And to heighten the impact of space and its relations to body, eye and movement, the installations for the Sangath-Architect’s Studio and the Amdavad ni Gufa are created, with their false perspectives creating an illusion of real and surreal, a myth that Doshi constantly refers to. Beyond those, the Aranya Low Cost Housing is represented in an interactive way, while installation-specific music adds another sensual dimension to the “Indian Modern” experience for the Chinese audience.

Presenting Doshi’s design works of furniture, architecture and city in different scales, the curator breaks up the exhibition into discrete, intimate spaces, with models, paintings, sketches, photos, videos, and even music. Space is designed to be non-linear so as to not be leading, but interconnected, as in this multi-dimensional spatial landscape, nothing is placed chronologically, nothing follows a sequence, and everything is to be based on the observation and perception of each visitor. They enter more than a professional world, but one that is philosophical and spiritual as well, joining the architect’s constant search of creating truly experiential and celebratory architecture.

Doshi’s architectural works mirror his life in full –a combination of an apprenticeship in the West and a childhood life in India has been reflected in his life-long meditation and creation. Four years of work at Le Corbusier’s studio in Paris from 1951set an overall tone for Doshi’s later architectural career, while in the next decade, his cooperation with Louis Kahn over the Indian Institute of Management, Ahmedabad, prompted his search for the ultimate spatial forms of education institutions. But within the social context of India’s Post-Independence Era, Western modernist architectural theories, in Doshi’s practices, were adapted to suit not just the local environment and climate, but India’s ethos, people and circumstances as well, which include nationalist spiritual guidance by some of India’s greatest minds like Mohandas Gandhi and Rabindranath Tagore.

Doshi’s own studio, Vastu-Shilpa, was founded in 1955. And out of his philanthropy for India’s underprivileged classes, he then launched the Vastu-Shilpa Foundation for Studies and Research in Environmental Design, which gained fame both inside and outside India for its pioneering works in affordable housing and city planning. In 1962, Doshi became the first Founder Director of School of Architecture, Ahmedabad (1962-72), which has developed to become an important cradle for India’s local architects, and a vanguard and source of the country’s modern architectural and planning education.

Modernism, a spatial religion that has been difficult to bypass, on one hand provided a reference system of relevance for the West to judge Indian architecture, but on the other, became a kind of invisible shackles for India’s new generation architects after 1930. As pioneers of India’s modern architecture movement, the achievements of Balkrishna Doshi, Charies Correa, and Raj Rewal, as well as their searches for Indian architecture, have been providing important references for the coming generations. Looking back at how India’s International Modernists broke loose from the myths of Modernism, the development path for Indian architecture, though not yet able to produce fruits to be shared around the world, still reveals a strict and logical relationship between inheritance and transcendence. And this prompts us to wonder – why didn’t Modernism take over China’s spatial planning and design within specific historical periods? Is it really suitable for China? Can we traverse Modernism to find our own architectural vocabulary and syntax? With Balkrishna Doshi: Celebrating Habitat - The Real, the Virtual & the Imaginary, PSA is hoping that we can find some answers and inspirations.

- The Real, the Virtual & the Imaginary

Prof. Balkrishna Doshi, a Fellow of the Royal Institute of British Architects and a Fellow of the Indian Institute of Architects, was born in Pune on August 26, 1927.After initial study at the JJ School of Architecture, Bombay, he worked for four years with Le Corbusier as Senior Designer (1951-54) in Paris, and four more years in India to supervise his projects in Ahmedabad.He was also associated with Louis Kahn as the local architect for IIM in Ahmedabad, which indeed is an architectural landmark.In 1955, Prof. Doshi established his own office, Vastu-Shilpa (environmental design).

Prof. Doshi has been a member of the Jury for several international and national competitions, including the Indira Gandhi National Centre for Arts, the Aga Khan Award for Architecture and the Pritzker Prize.

Khushnu Panthaki Hoof is an architect, designer and curator, who now lives and works in Ahmedabad. She graduated as an architect from the School of Architecture, CEPT University with a research thesis based on the synesthetic experience of architecture. Khushnu is a partner architect at Vastu-Shilpa Consultants since 2003, and the Associate Director & Trustee at the Vastu-Shilpa Foundation for Studies &Research in Environmental Design. She has worked on several projects with Balkrishna Doshi since 2003 and continues to work on extensions/preservation of some of his earlier buildings. Apart from that, Khushnu has been involved with several independent residential & institutional projects in India, as well as architectural photography and textile design.

In 2014 Khushnu was invited by the National Gallery of Modern Art, New Delhi, Ministry of Culture to curate the retrospective exhibition of Balkrishna Doshi. ‘Celebrating Habitat’ –a 90-minutedocumentary on Prof. Balkrishna Doshi was curated by her during the exhibition. Khushnu is now working on a book about Doshi. 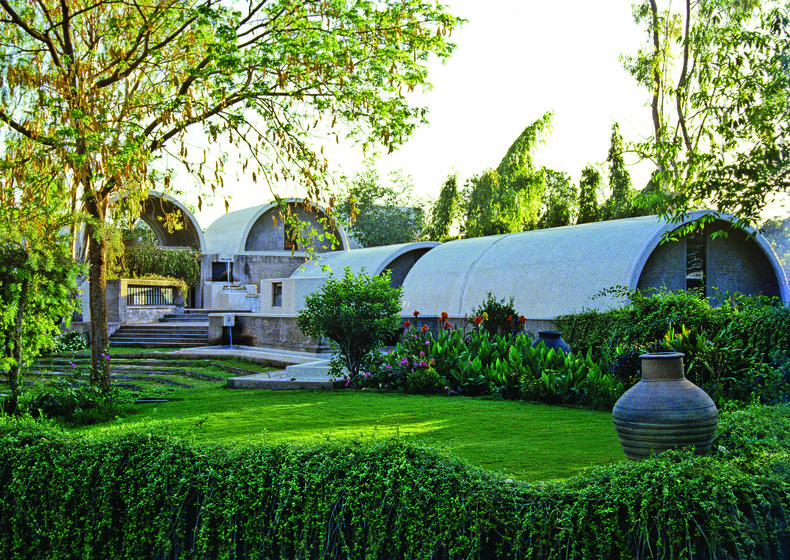 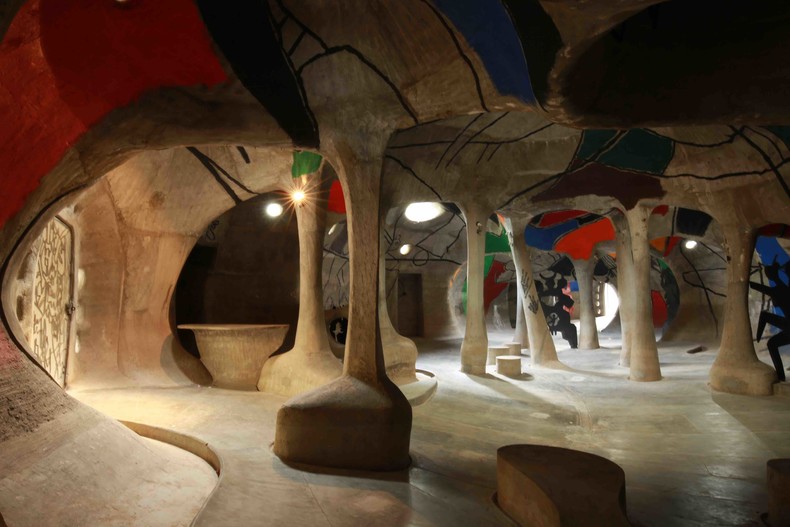 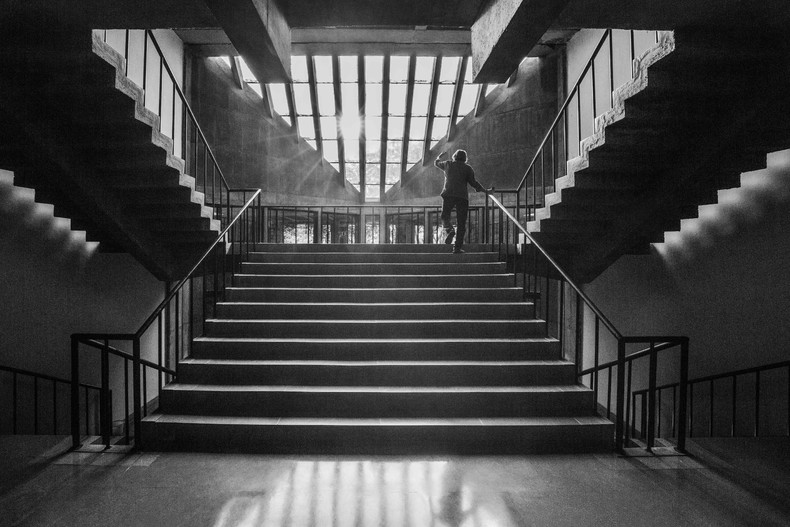 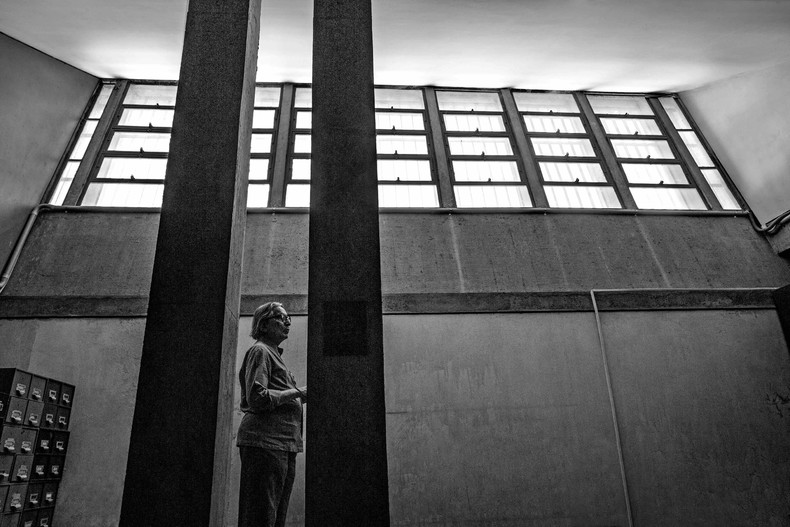 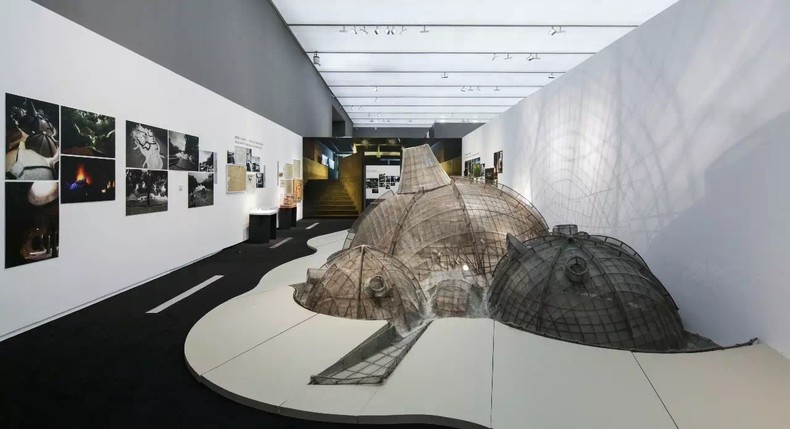 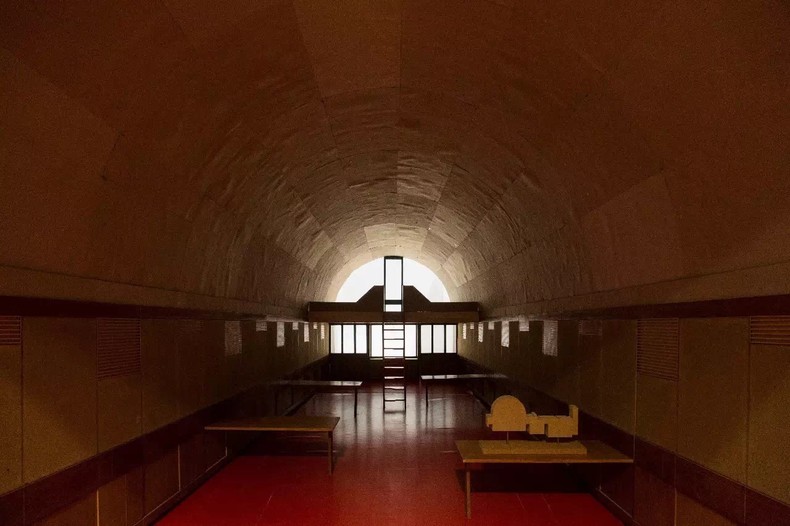 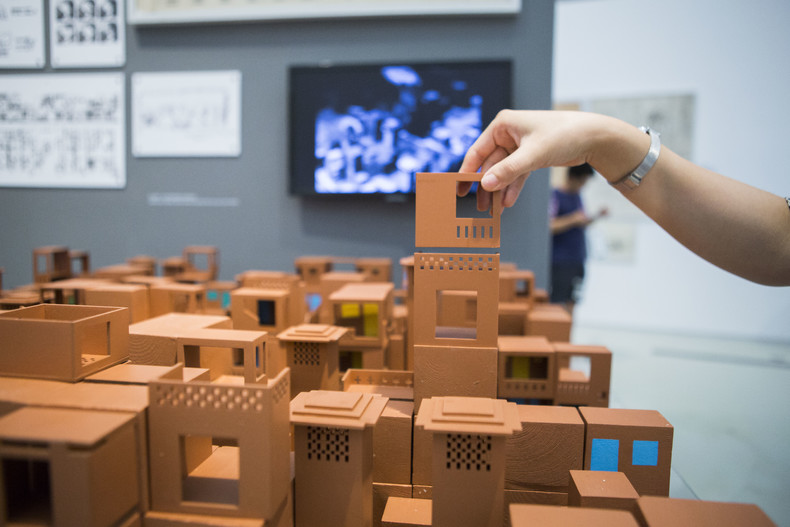 Detail of the model of Aranya Low Cost Housing 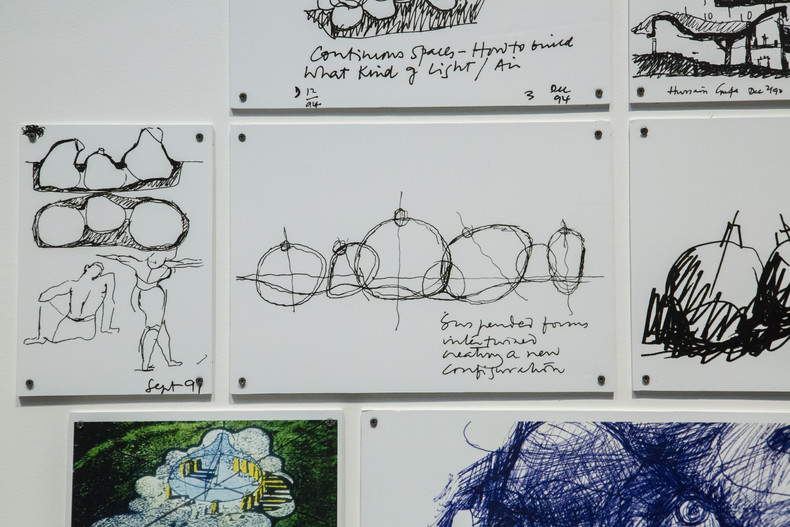 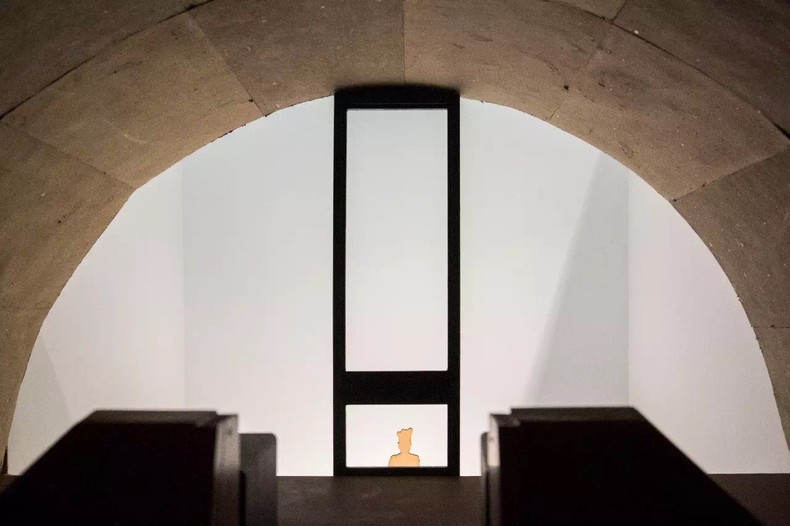