From March 17 to May 20, psD, the Power Station of Design, will host the first-ever China solo for Japan’s highly-acclaimed graphic designer Masayoshi Nakajo. The exhibition will feature nearly 100 of Nakajo’s posters including 22 following the theme of "Mother & Others" created in 2016, 200 personal collected editions of Shiseido’s Hanatsubaki magazine that he contributed to between 1968 and 2011, and packaging designs for Shiseido Parlour, which are on large-scale display for the first time in China.

For the year-opening show at PSA, the five street-side metal boxes of psD will pick from Nakajo’s creative elements to launch the design center’s first-ever shopping window designs. It will also put on offer exclusively-developed home and stationery merchandises during the exhibition period. With even more events to dig into Japan’s design culture, Kaoru Kasai will join the exhibition’s opening lecture with Nakajo, bringing a dialogue between two of Japan’s pinnacle designers., Meanwhile Yasuhiro Sawada will tutor a psD School workshop and a screen printing workshop as a part of PSA’s public education series events to showcase the charms of design from different dimensions. This exhibition can be seen as a continuously self-renewed creative path over the past half century of Nakajo, who is acclaimed to be the chronicler of Japan’s graphic design history.

Mothers and Others: Strange things that don’t seem to come out of my hands

The exhibition gets its name “IN & OUT” from one of Masayoshi Nakajo’s earlier works on show at an exhibition planned by Japan’s Taiyo Printing in 1992. And the works have also been an essential design element for this time’s in Shanghai. An exhibition of the same name was held in Tokyo’s Ginza Graphic Gallery (ggg) in 2016, when the 83-year-old Nakajo challenged himself with a one-year creative project for his upcoming solo. Dedicating himself to the challenge almost day by day, Nakajo eventually completed the 22 new posters in the theme of "Mother & Others" in Swiss size, which inherit his long-standing style of lightness and simplicity and demonstrate the ever-youthful approach to his graphic art.

This collection done in the artist’s 80s seems to be taking him back to the body of life creators, as it involves the mischievous designer’s different imaginations and illusions towards the role of “mother”, represented graphically either as a sunflower of both warmth and subtlety, or a cactus that is red-lipped yet thorny. And in Nakajo’s hands, bananas that encircle each other or skeletons of both love and hate were employed to symbolize embracing mothers and sons.

Whilst these imaginations tend to be bold and innocent, they still reveal a sense of cunningness and humor that inspires unconscious smiles as well as free interpretations that are open to each person. Right upon the completion of the collection, Nakajo himself described these posters as “strange things that don’t seem to come out of my hands”. Perhaps, the charms of his graphic art are best born with such chaos that are full of variables and inexplicitness.

Hanatsubaki Magazine: I’m getting smart with this 40 years of work

As the chronicler of Japan’s graphic design history, Masayoshi Nakajo will also present at the psD exhibition a massive personal collection of the 200 editions of Shiseido’s Hanatsubaki magazine that he contributed to between 1968 and 2011. While such brilliant and prolific design work dating back half a century remains fresh even today, Nakajo’s design life knows no end, his creative juices ever-flowing, his work still inventive, and his zeal for holding a one-man show unabated.

Nakajo’s connection with Shiseido started right upon his college graduation, when he entered the advertising department of Shiseido after graduating from the Department of Design at the Tokyo University of the Artsin 1956. He resigned after just staying with Shiseido for three years. It was definitely considered asa bold and rebellious decision by Japan’s young generation at that time, although Nakajo’s explanation was simply that “he wasn’t able to get up early everyday”. One year after working for Desuka, he chose to resign again for not getting used to job descriptions at a comprehensive design firm. In 1961, Nakajo, only at 28 years old, started his own Nakajo Design Office, before he became the art director for Shiseido's corporate culture magazine Hanatsubaki. This work of art direction and design lasted more than 40 years and spanned 480 editions of the magazine.

Under Nakajo’s direction, Hanatsubaki grew beyond the definitions of a magazine of internal communications for Shiseido,  and became a classic symbol of Japan’s fashion and art world in the second half of the 20 century, which remains to be adored by many of its loyal readers. Looking back, the magazine, with its exclusive aesthetic style and humanistic vision, served as one of the best witnesses of urban life, cultural trends, and art tendencies in different development phases of post-war Japan.

The Hanatsubaki magazine is no wonder one of the most representative works of Masayoshi Nakajo’s artistic career, which fully encompasses his design concepts and artistic languages, and conveys his creative spirit that deserves high respect. Reviewing his 40 years of contributions, Nakajo said: “I've been doing this every month for 40 years, so I’m getting smart with this process, acquiring knowledge to avoid meaningless work. Most importantly, I like this work. To avoid being in a rut, I change everything once in one to three years.”

IN & OUT for the 85-Year-Old Youngster N

Over his nearly 50 years of design career, Masayoshi Nakajo has worked on posters, books, corporate identities, product packaging and space, covering almost all design fields from graphic to material projects and leaving works that can be celebrated as legacies and milestones. These works are sufficient enough as an epitome of Japan’s graphic design history after the World War II.

Still claiming to be “willful, shrewd, and silly”, his creative passion hasn’t been ceasing with his growing age, but instead bursting with increasingly stronger visual influence and artistic vitality. He once compared himself as a “Youngster N” with languages filled with teenager-like humor, just like his time-polished innocence well embodied in all his creations. And on several occasions, Nakajo did express wishes to live longer, to his 100s, as he expects to see renewed development of graphic art among the younger generation. And as someone who decided in his early ages to dedicate all his life to the design cause, he is also having an even more noble vision of pillaring an essential part of modern art.

In a sense, IN stands for imbibing while OUT stands for vomiting, and Nakajo once said that he would often vomit when drinking as he is not a heavy drinker, but only after vomiting, he would be able to drink even more. That’s perhaps a vivid reflection of his career and life, which has been developing with self-renewed growth and prosperity through constant creations and innovations. While the psD exhibition will display in a large scale Nakajo’s creative works, it should never be considered a retrospective, as the art path for this Youngster N from Japan is never even close to its end.

Born in Tokyo in 1933. After graduating from Tokyo National University of Fine Arts & Music (new called Tokyo University of the Arts), where he majored in Design, he joined the cosmetics company Shiseido in 1956, and then Desuka in 1959. He turned freelance in 1960 and founded the Nakajo Design Ofﬁce in 1961.

His major projects include art direction and design for the Shiseido's cultural magazine "Hanatsubaki" since 1970, corporate identity for Matsuya Ginza Department Store (1980), logotype and packaging design for Shiseido Parlor (1990), corporate identity for the Museum of Contemporary Art Tokyo (1994) and logotype and signage planning for the Tokyo Ginza Shiseido Building (2001).

He has won numerous awards, among them the Tokyo ADC Members Award Grand Prize, the Tokyo Type Directors Club Member’s Gold Prize, the Yusaku Kamekura Design Award, the Mainichi Design Awards, and the Medal of honor with Purple Ribbon from the Japanese Government.

Launched in March 2016, psD (power station of Design) is the creative extension of PSA. Based on various workshops, psD will integrate education, exhibition production, and relaxation into one organic production chain, and become an experience-based space of self-learning and self-ruling.

It will break the enclosed pattern of contemporary art institutions through interactive forms of education and consumption. It will be a productive space that involves workshops, exhibitions, a shop and a café.

Based on the idea of China’s traditional street-side shops, psD will connect internal and external spaces through a binocular-style layout of five transparent metal boxes to form active space interactions. The internal design was the brainchild of renowned Chinese architect Zhang Yonghe. 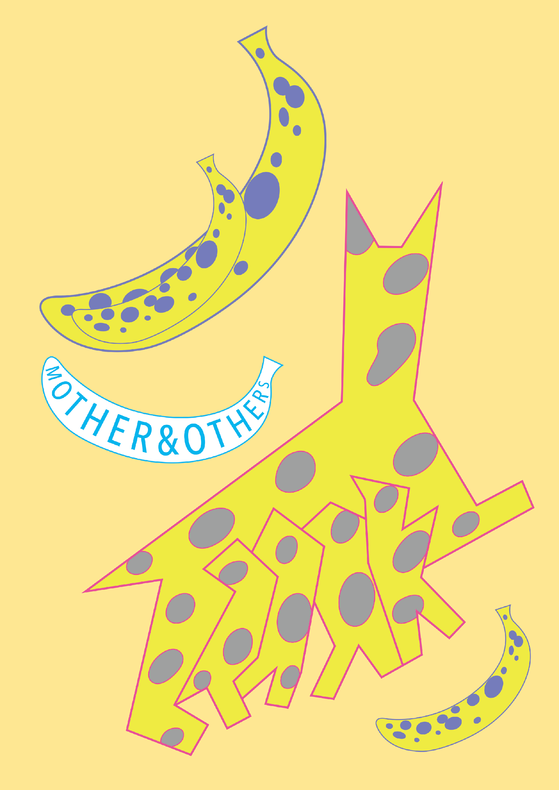 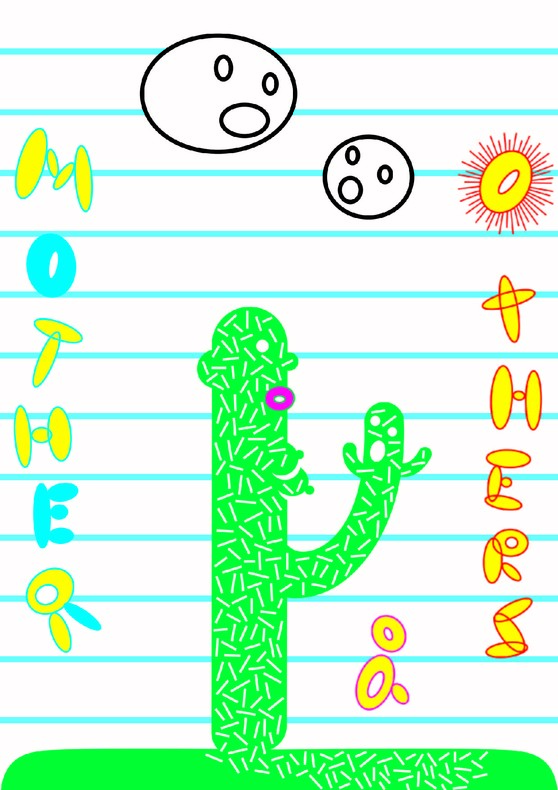 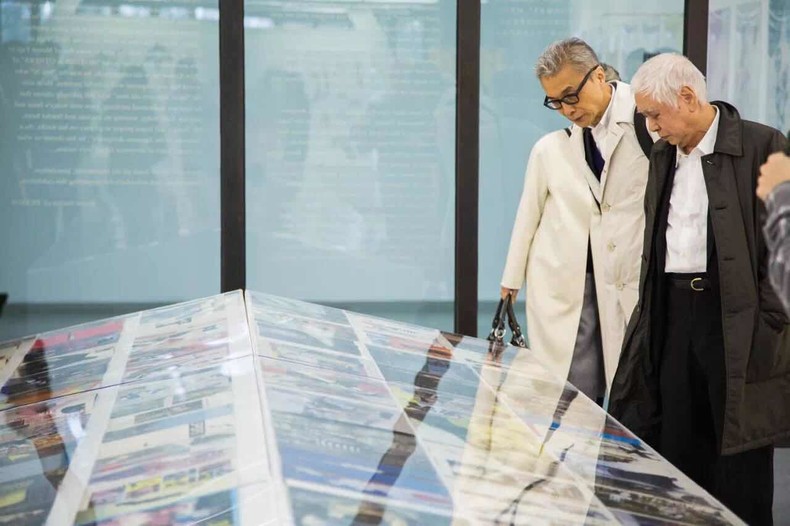 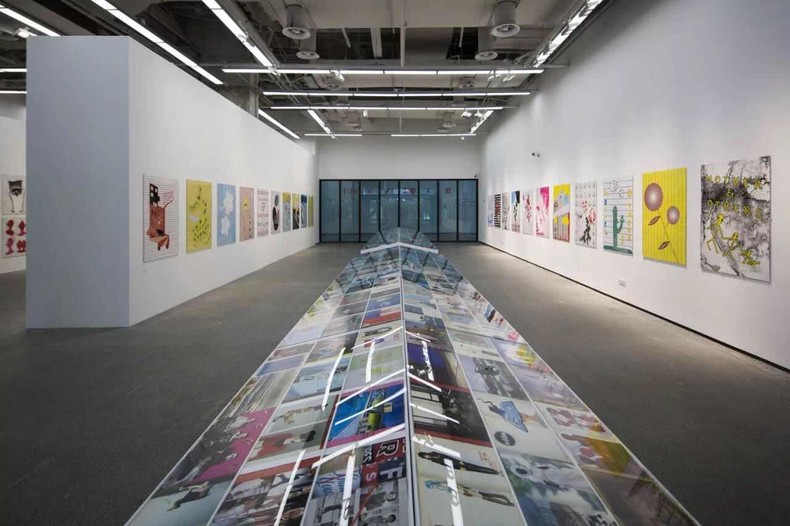 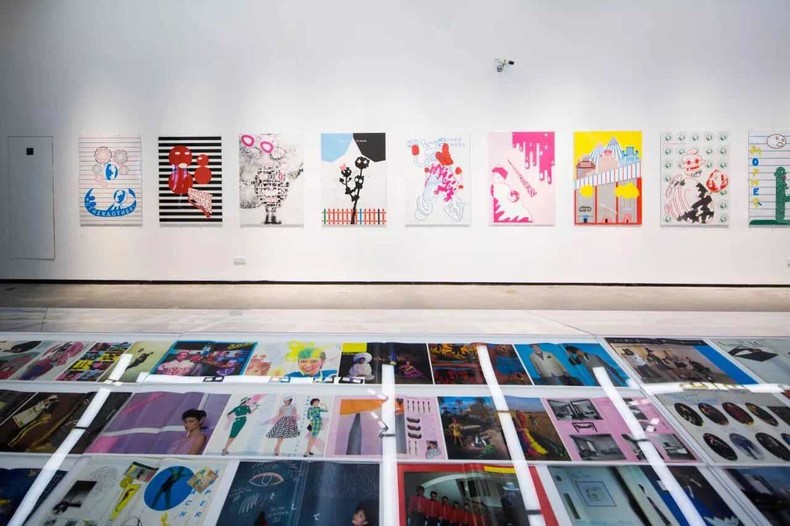 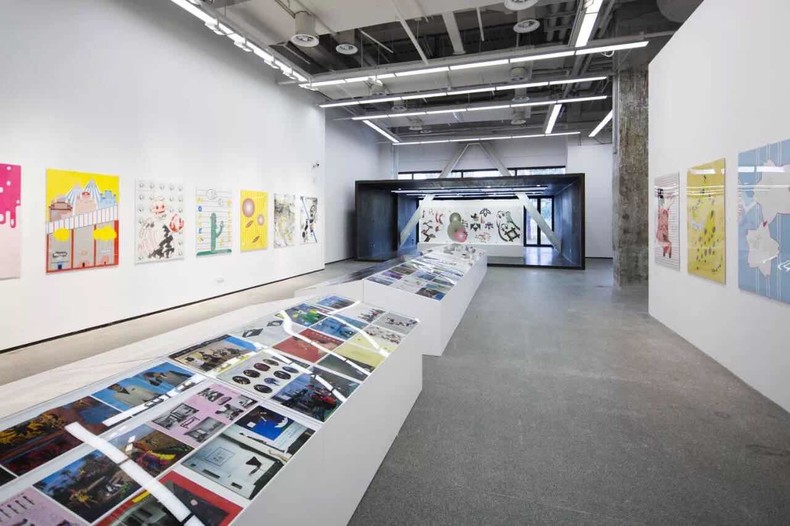 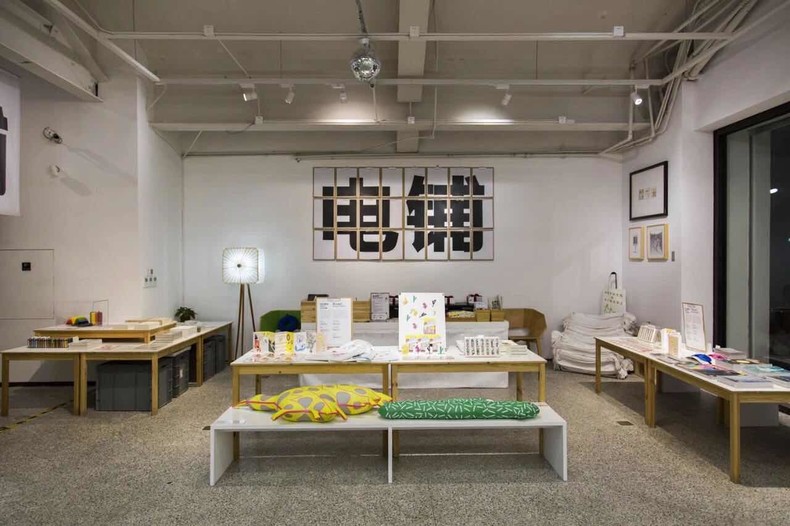