At the 90th anniversary of the birth of the French thinker Jean Baudrillard (1929-2007), Shanghai Power Station of Art will hold the exhibition, “Car l'illusion ne s'oppose pas à la réalité... [For Illusion is not the Opposite of Reality...] Photography of Jean Baudrillard”, curated by Dawei Fei and Marine Baudrillard as co-curator. This exhibition of 50 photographic works produced throughout Baudrillard’s career will be presented alongside video, photo albums and extracts of his writing on art and theory. Framed within the visual landscape of Baudrillard’s photographic practice, visitors will be invited to rethink his vast and unique contribution to the history of philosophy.

Baudrillard has often been described as “The High Priest of Postmodernism.” His theory of simulacra, symbolic consumption and symbolic exchange has become an indispensable foundation of postmodern cultural research. Baudrillard believed that in the society of consumerism, symbolized goods and " hyperreality" symbolic logic shattered the stability of the subject, and disrupted any fixed definition of truth and meaning. Jokingly describing himself as a "theoretical terrorist", Baudrillard resisted the violence of symbols with a kind of theoretical violence, trying to participate in the game whilst existing outside of it with explosive force.

Baudrillard’s attitude to photography is also unique. Just as he insisted that he was ‘not a philosopher’, Baudrillard always maintained an “amateur" vision of photography. After acquiring a camera by chance in the early 1980s, the philosopher began to pursue his theoretical practice through the medium of photography. Taking the camera with him on academic exchanges or personal trips, Baudrillard’s photography focused on snaphots of daily life. Yet, human figures are notably absent from these images; in a series of ‘scenes’ and ‘objects’, urban and domestic environments give visual form to Baudrillard’s philosophical ideas.

As the photographic critic Zheng Gu has commented, Baudrillard “completely rejected the typical approach to the photographer as subject, instead exploring the nature of medium from the perspective of the thing being photographed”. In a 1998 essay from which this exhibition takes its name, Baudrillaud argued that photography is an “art of disappearing. Only what comes into being in the mode of disappearance is truly other”. If the existence of “the Other" is dependant upon the disappearance of the subject itself, then photography is concerned with unveiling the "Otherness" buried in reality, capturing the mundane appearance of the world in order to reveal its strange attraction. So, for Baudrillard, photography represents the loss of identity. He once said: "I find that when I shoot, the subject and I are actually in a reciprocal and seductive relationship. Here, the subject and object no longer have a separate existence and instead become an integral whole. I was attracted by this kind of integrity and became interested in photography.”

The exhibition has been exhibited at Lianzhou Foto, Guangdong Times Museum and CAFA Art Museum, Beijing. In its presentation in Shanghai, the newly updated exhibition will explore the convergence of Baudrillard’s theoretical and photographic practice, revealing a parallel interrogation of the threshold between illusion and reality.

Dawei Fei, born in 1954 in Shanghai, is a Chinese contemporary art critic and an exhibition curator. He was a worker in a factory in Shanghai from 1971 to 1981. At the year of 1981, he entered Central Academy of Fine Arts and became a professor after graduation. In 1980s, he started to devoted himself into Chinese contemporary art as a critic and a curator. He then lectured in France from 1986 to 1987, introducing avant-garde art of 1985. During 1987 and 1989, he attended the planning and preparation work of “Magiciens de la Terre” held by the Center Pompidou while promoting Huang Yongping, Gu Dexin and Yang Jiechang to the exhibition.  In 1990, he independently curated the exhibition “Chine Demain pour Hier” in France and introduced six artists to the public: Huang Yongping, Cai Guoqiang, Chen Zhen, Yang Jiecang, Gu Wenda and Yan Peiming. In 1991, he curated “Exceptional Passage: Chinese Avant-Garde Artists Exhibition” in Japan. In this exhibition, “New Measurement Group” first received international attention. In 1990s, Fei Dawei and these artists had established close cooperations in multiple exhibitions. In 2002, Fei Dawei was appointed the director of the Ullens Foundation of Arts. By 2008, Fei Dawei had built up a collection of nearly 2,000 works of contemporary Chinese art. He founded the Ullens Center for Contemporary Art in Beijing from 2005 to 2007. In 2007, he planned the opening exhibition of the Ullens Center for Contemporary Art, “'85 New Wave”.  In 2008, he retired as director of the Ullens center for contemporary art and the Ullens foundation and became an independent curator again. He has been the rotating chairman of PSA academic committee since 2016 and was one of the curators of “Fondation Cartier pour l''art contemporain, A Beautiful Elsewhere” in 2018.

Marine Baudrillard met Jean Baudrillard in 1970 when she arrived at Paris Nanterre University. She was 25 years old and had recently returned from a sailing trip around the world. She has worked as a journalist for television and magazines, an artistic director, and scuba-diving instructor. Marine and Jean married in 1994. She is the manager of ‘Cool Memories’, the Association of Friends of Jean Baudrillard.

Established on October 1, 2012, the Power Station of Art (PSA) is the first state-run museum dedicated to contemporary art in mainland China. It is also home to the Shanghai Biennale. Renovated from the former Nanshi Power Plant, PSA was once the Pavilion of Future during the 2010 Shanghai World Expo. The museum has not only witnessed the city’s vast changes from the industry age to the IT era, but also provided a rich source of inspirations for artists with its simple yet straightforward architectural styles. And as Shanghai’s generator for its new urban culture, PSA regards non-stopping innovation and progress as the key to its long-term vitality. The museum has been striving to provide an open platform for the public to learn and appreciate contemporary art, break the barrier between life and art, and promote cooperation and knowledge generation between different schools of art and culture. 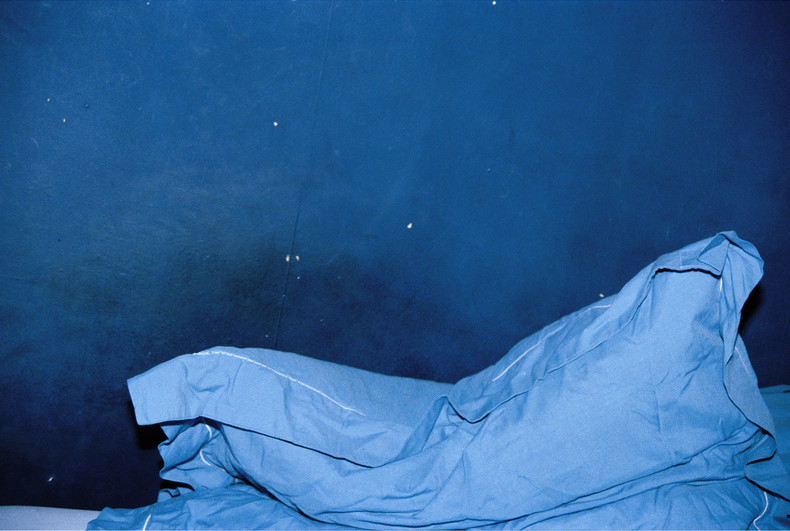 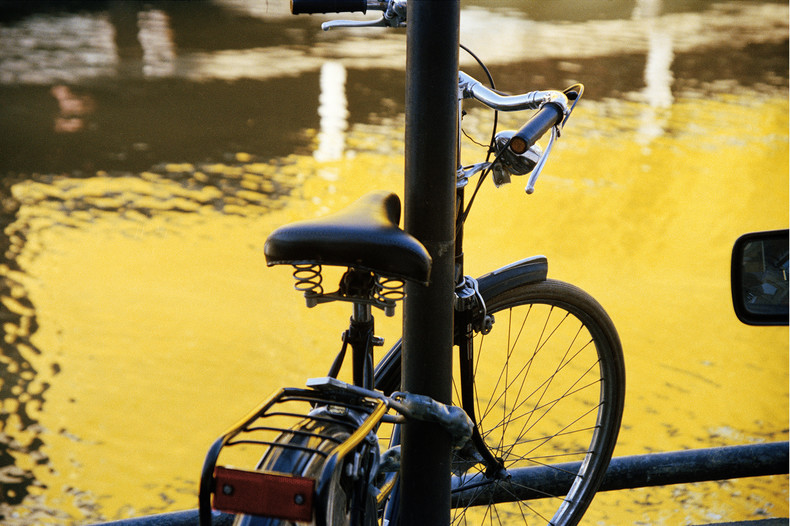 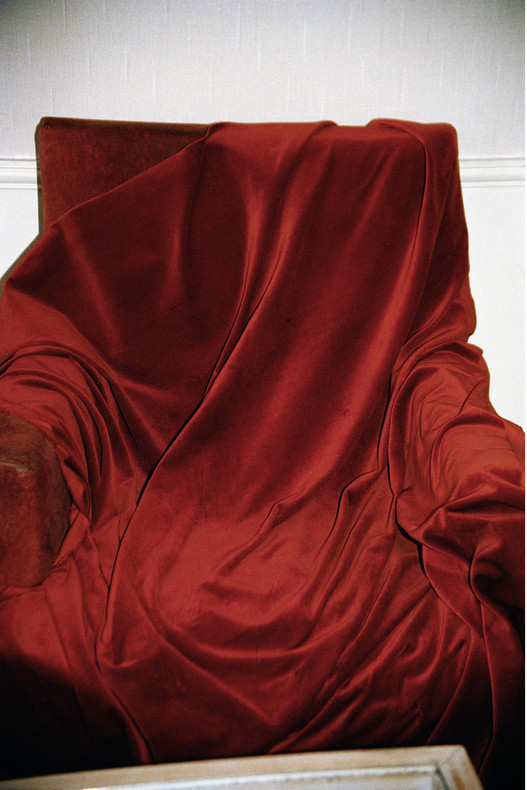 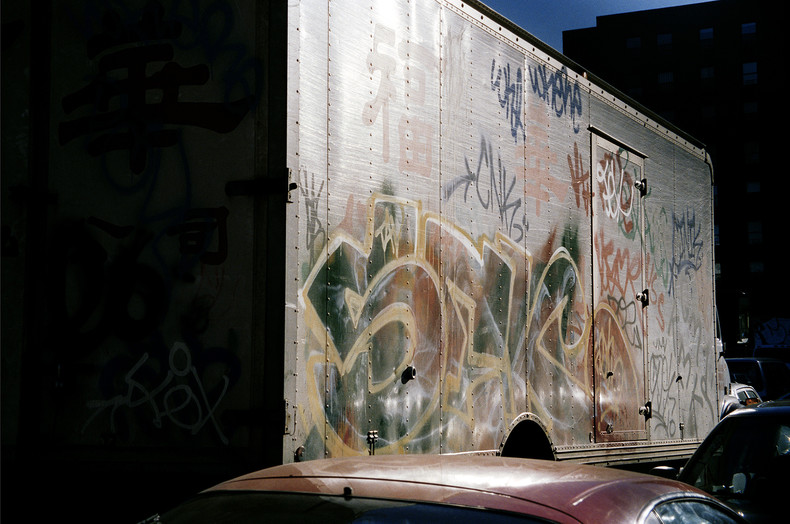 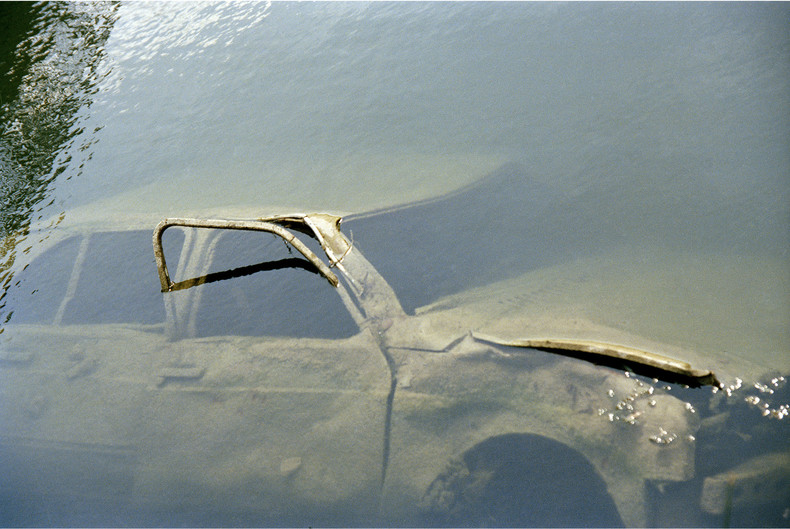 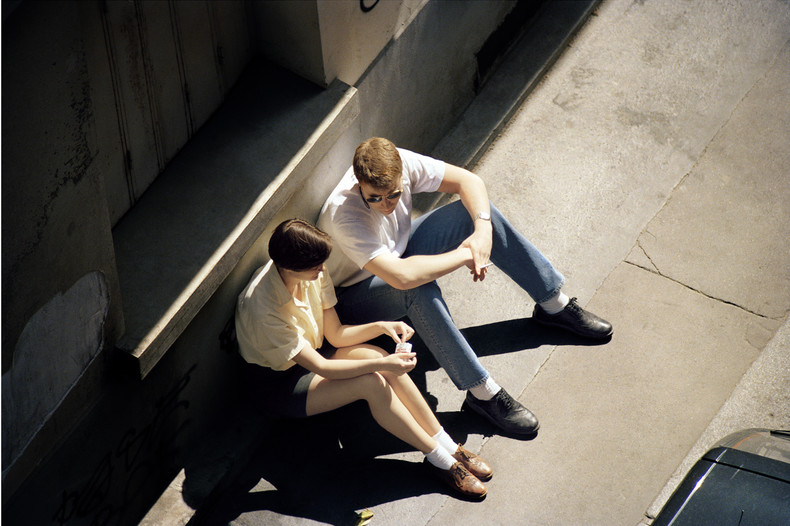 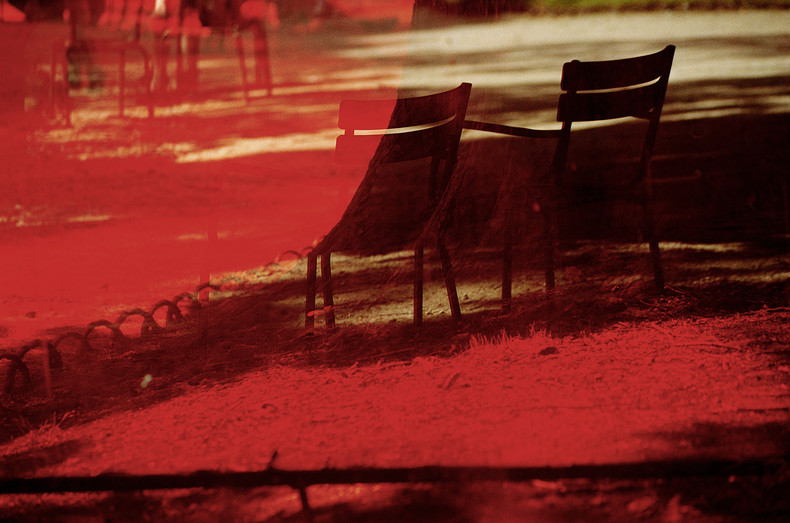 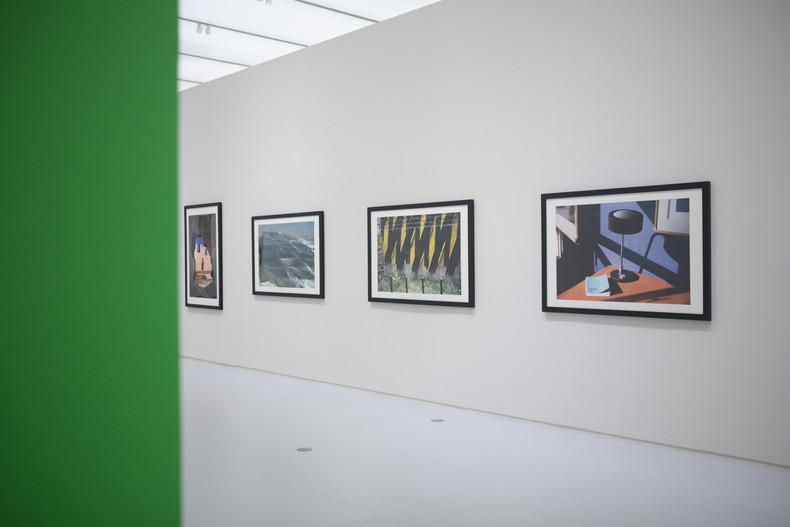 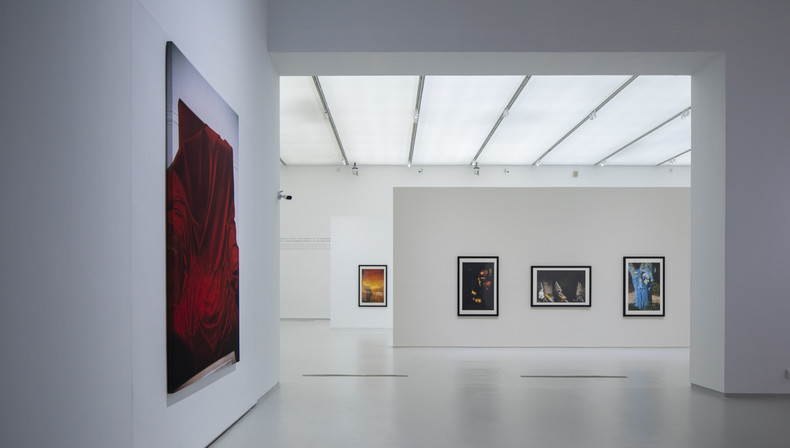 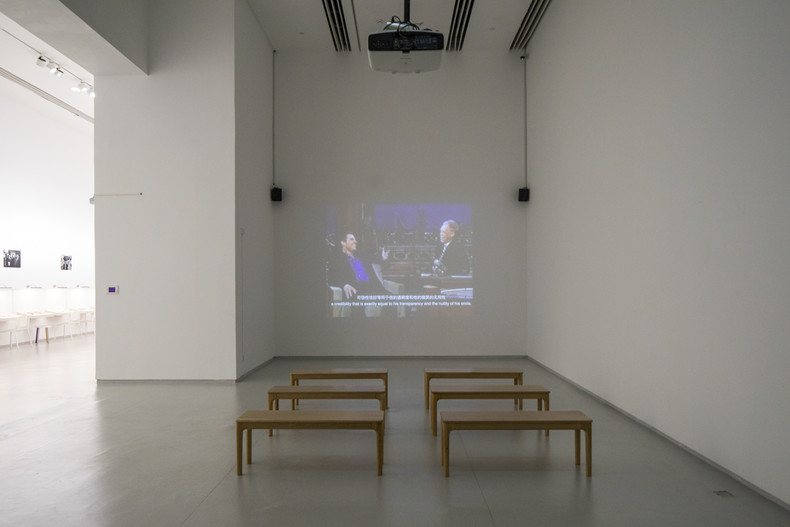 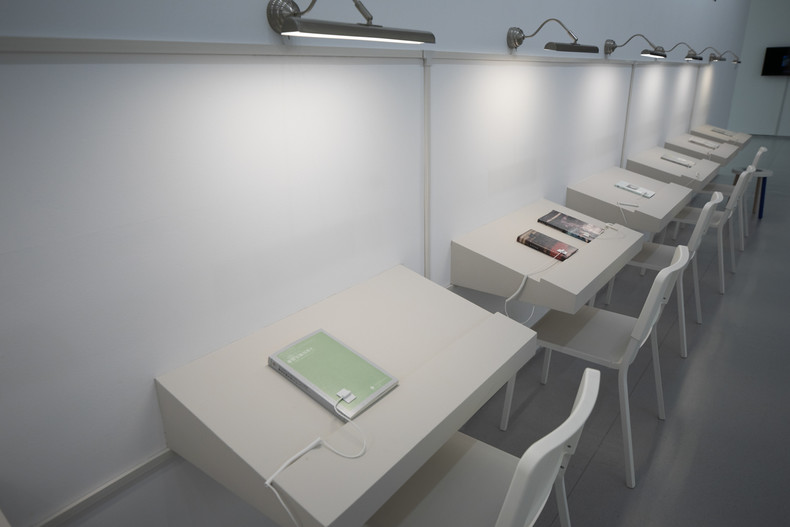